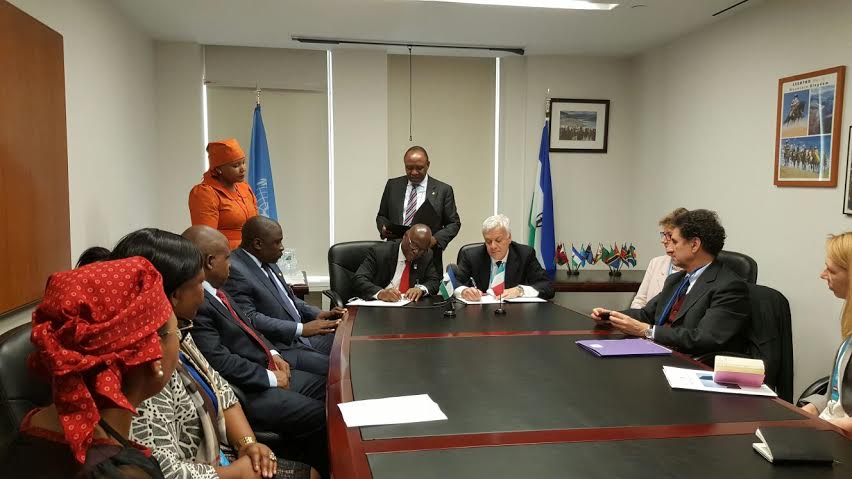 In the meeting with the Minister of Foreign Affairs and International Relations, Hon. Mr Tlohang Sekhamane and Energy Minister of the Kingdom, Hon. Mr. Selibe Mochoboroane, the Minister of Environment signed an agreement for bilateral cooperation in specific areas: environmental governance by the promotion of transfer technology and green manufacturing, environmental education integrated management of solid waste. The main objective is to strengthen the measures and economic instruments for the promotion of environmental and sustainable development key.

On the 21st April 2016, in New York, Honourable Tlohang Sekhamane Minister  of Foreign Affairs and International Relations of the Kingdom of Lesotho together with His Excellency, Mr. Gian Luca  Galetti, Minister of Environment, Land and Sea of the Republic of Italy Signed a Memorandum of Understanding on Cooperation in the Field of Climate Change Vulnerability, Risk Assessment, adaptation and Mitigation. The signing of that Memorandum of Understanding, epitomised the important journey that our two countries embarked on three decades ago.