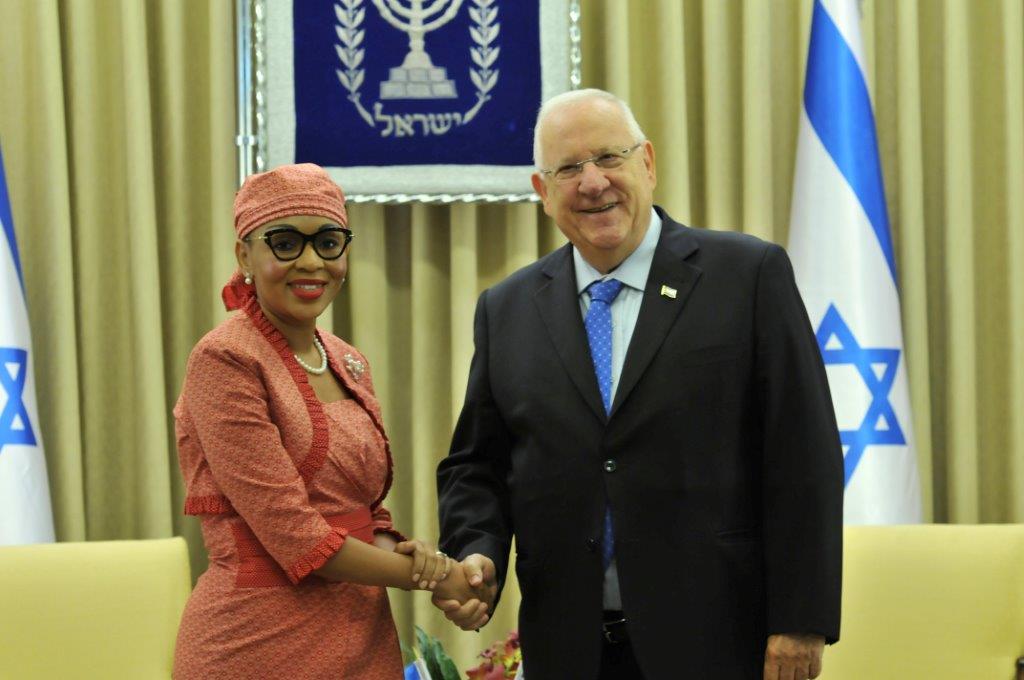 On the 3rd August, H.E. Mrs Lineo Irene Molise-Mabusela presented to H.E President Reuven Rivlin of the State of Israel, Letters of Credence as Ambassador Extraordinary and Plenipotentiary of the Kingdom of Lesotho to the State of Israel.

In welcoming Lesotho’s non-resident Ambassador H.E President Rivlin congratulated Ambassador Mabusela and wished her well on her new appointment. The President acknowledged the importance of the existing relations between the Kingdom of Lesotho and the State of Israel. He stated that despite any crises both countries have maintained uninterrupted relations.

The President spoke of the important cooperation between the people of Lesotho and Israel in the in the fields agriculture, education, health, and water innovation and management. H.E stated that Israel would be pleased to welcome more Basotho students through MASHAV to study in Israel. He further solicited Lesotho’s support as Israel wished to return to its Observor status at the African Union.

The Ambassador thanked the President of the State of Israel and conveyed the well wishes of His Majesty the King, of the Government and of the People of the Kingdom of Lesotho. She also acknowledged and appreciated the cordial bilateral relations that have existed between the two nations over four decades. She reiterated that indeed the Government of the Kingdom of Lesotho was committed to opening new channels of communication between the two countries and embark on development programmes which would benefit both nations. She informed H.E President Rivlin that she had already had a series of meetings with the various people and representatives of the Government of the State of Israel to map the way forward.

She thanked H.E the President for the warm welcome extended to her during her stay in Israel.

During her visit the Ambassador met with various Representatives of the Government of Israel and those from the Private sector to discuss issues of mutual interest.