Lesotho is a small open economy and is classified as a lower-middle-income economy by the World Bank. The economy is vulnerable to global economic volatility. However, the economic resilience of its main trading partner, South Africa, has to some extent shielded it from external volatility. Lesotho’s economy is largely based on subsistence agriculture and livestock farming. About 82% of the population live in rural areas and depend on agriculture for their livelihood. However, half of the rural income is derived from migrants working in South Africa, particularly in the mining sector.

The primary sector, largely crops and livestock, comprises about 17% of GDP. The country’s main natural resource is water, much of which is exported to South Africa. Completion of a major hydropower facility in January 1998 permitted the sale of water to South Africa and generated royalties for Lesotho. Lesotho produces about 90% of its own electrical power needs. 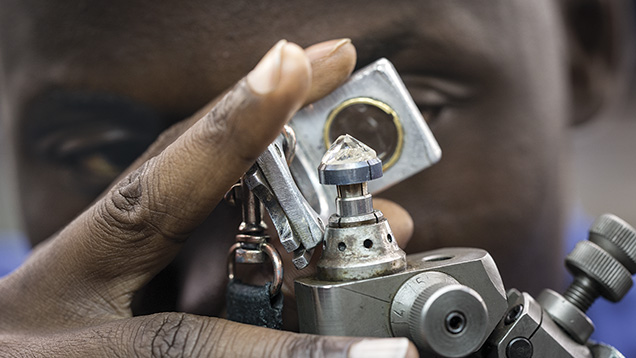 The relatively new diamond sector is becoming a more important contributor to economic activity. In its 2006 Annual Report the Central Bank of Lesotho (CBL) shows that mining and quarrying output rose steadily from M4.9 million in 2003 to M100.7 million in 2004 (1 955% y/y increase). Although the sector is relatively small with its 7% contribution to GDP, in Q2 2007 it was the second biggest foreign exchange earner, according to the CBL. Diamonds are largely sold to Belgium. Within the secondary sector, which contributes about 42% to GDP, manufacturing and handicraft, and the construction are the two largest sub sectors. 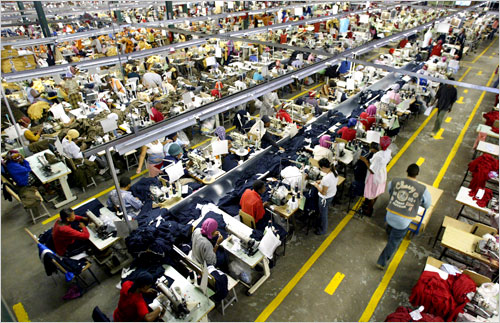 Lesotho has also taken steps to reduce its export concentration by diversifying its manufacturing export base. The textile sector, underpinned by AGOA, expanded significantly and Lesotho became the largest textile and clothing exporter to the US in sub-Saharan Africa. The tertiary sector contributed 41% to GDP. Wholesale and retail trade, education and public administration are largest sub-sectors. The tourism sector has grown in recent years. And has contributed 6.6% to GDP in 2007. Moreover, the tourism economy’s contribution to employment is estimated at about 20 000 jobs in 2007, or 5.5% of total employment according to the World Travel and Tourism Council.

The extreme inequality in the distribution of income remains a major drawback. Lesotho has signed an Interim Poverty Reduction and Growth Facility with the IMF. In July 2007, Lesotho signed a Millennium Challenge Account Compact with the US worth $362.5 million.

Prudent macroeconomic management has helped Lesotho to ensure economic stability, boosting economic growth, according to the  IMF’s statement after their visit in February 2008. In his budget speech, than the Minister of Finance and Development Planning, the Hon Timothy Thahane, said that processes to improve the ease of doing business and the investment climate, to attract the private sector’s interest, must be streamlined. Several such improvements have been made, according to the minister.

To address the drought problem, funds were set aside for the construction of the Metolong Dam, with the aid of foreign funders. Lesotho has received support for China in the form of the construction of a National Parliament, for example. Other countries and various organisations, such as the US Government Millennium Challenge Foundation, also provided aid packages to the country. The support will be applied to raise economic growth, reduce poverty, create jobs, improve education and tackle the AIDS pandemic.